Back to where it all began – Craig Ronaldson 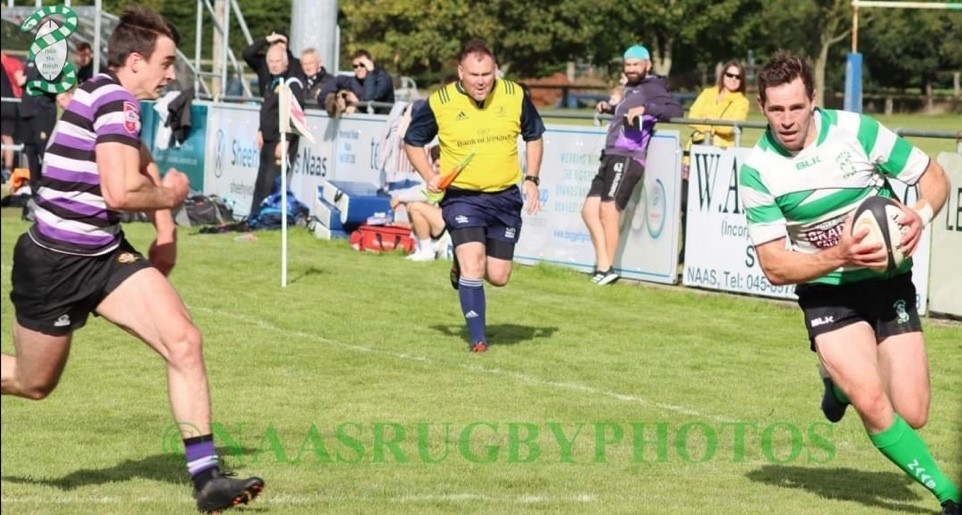 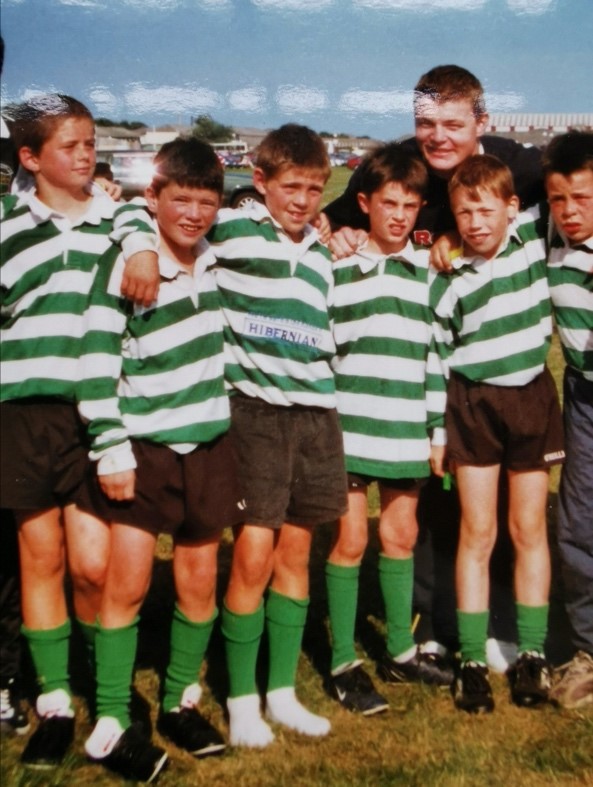 Having started his path through rugby at Naas RFC, Craig left as a 12 year old to attend Kilkenny College, then travelled to Lansdowne RFC and Connacht Rugby before returning to Naas this season as player coach

It was always an ambition to return and give back to the club that gave me so much starting off my rugby career. This season was when the timing felt right to come full circle and re-join Naas as a Player/Coach. There have been great foundations built in the Club over the last few years and with some new structures being put in place with the likes of Johne Murphy returning as Head Coach and local legend Andy Kearney stepping up as well. It felt like the right time to be able to help out on and off the pitch to push the club further along with an enthusiastic and motivated bunch of players both young and old!

Earliest memories: It all began running and kicking a ball around on the pitch with the likes of Peter Osbourne, who is the current club captain, and Cillian Dempsey, another senior squad member, after having watched the seniors play. One of the early memories was being a mascot for the Senior team at the Towns Cup Final in 1995. My dad played on that team who became the first side from Naas to win the Provincial Towns Cup.

Many a weekend growing up revolved around our Saturday morning trainings or travelling to and from games at Naas and in the North Midlands Area. Travelling with my brothers, Mark (who later played Senior Rugby with Naas) and Hugh became a ritual in our house. In addition I enjoyed the days out at the Kettle (U10) and O'Daly Cups (U12) where we met many new sides around Leinster. In addition I recall the Joe Moran Festival at Naas, where U11s from all four provinces came to have a great days rugby. In my final year of Mini Rugby, I joined my team for the Club's annual Easter (4 day) trip to our Twin Club, St David's near Fishguard in Wales. This was to be our final outing together as a team before almost half of the squad went on to Rugby Schools and therefore no longer available to the Club.

Family History: The Ronaldson family has been immersed in the activity of the Club for many years. My Grandad, Eric, was a Chairman from 1984 to 1989 and later a Trustee of the Club. My Dad, Tim, had a long playing career with the club, captaining them on numerous occasions. Tim played for the Leinster Juniors 1989-1991 winning 12 caps, Captaining the team to a triple crown of victories.

Tim is now a Trustee of the Club and while he and my mum, Jackie, made an effort to be at most of my games all around the country dad would also be checking in on how Naas were doing. While not able to get to all the Senior games as he was supporting me, he could be found supporting youth, U20 and other teams at Forenaughts.

From the time when I went to Kilkenny College and then on to Lansdowne and into the Professional game Naas, were always very supportive. Messages of encouragement would always come through from the Club and the people involved even acknowledging the achievement of representing the Irish Clubs while I was playing for Lansdowne. Seeing the Naas scarf/beanie at the Sportsground always offered encouragement and showed the continued support from the Club. It has been great to see a few other guys in the current Naas senior squad represent the Ireland Club's team over the last few years highlighting the local talent. Naas has also been very proud of all the local guys and girls who have gone onto represent the underage Area Squads, the Provinces and onto higher honours with the likes of Adam Byrne, Jimmy O’Brien and James Tracy in the current Leinster set up with many others involved in other provinces and the professional game.

It is also great to see two more local lads, Marcus Kiely and Jamie Osbourne involved with the Leinster Sub-Academy and playing for Naas. As a member of the Coaching team at Naas we look to help them improve their games and remain involved with club going forward where guys and girls feel that by playing for Naas they will be in a good position to take their game to the next level.

The professional game has given me a great insight and many learnings that I look forward to sharing back at the Club where it all started. During the current Covid 19 restrictions the Senior coaches have been assisting in player development with youth and mini squads. We look forward to the continued development of these players, ultimately feeding into the U20 and adult game. The commitment is there among the coaches and the players, all of which should result in positive developments for the Club in years to come.

Unfortunately due to the increased COVID rate we have to...

📷Naas RFC President Christmas Message.In what has been ...

Dear Honorary Secretary and club volunteers, In light of...