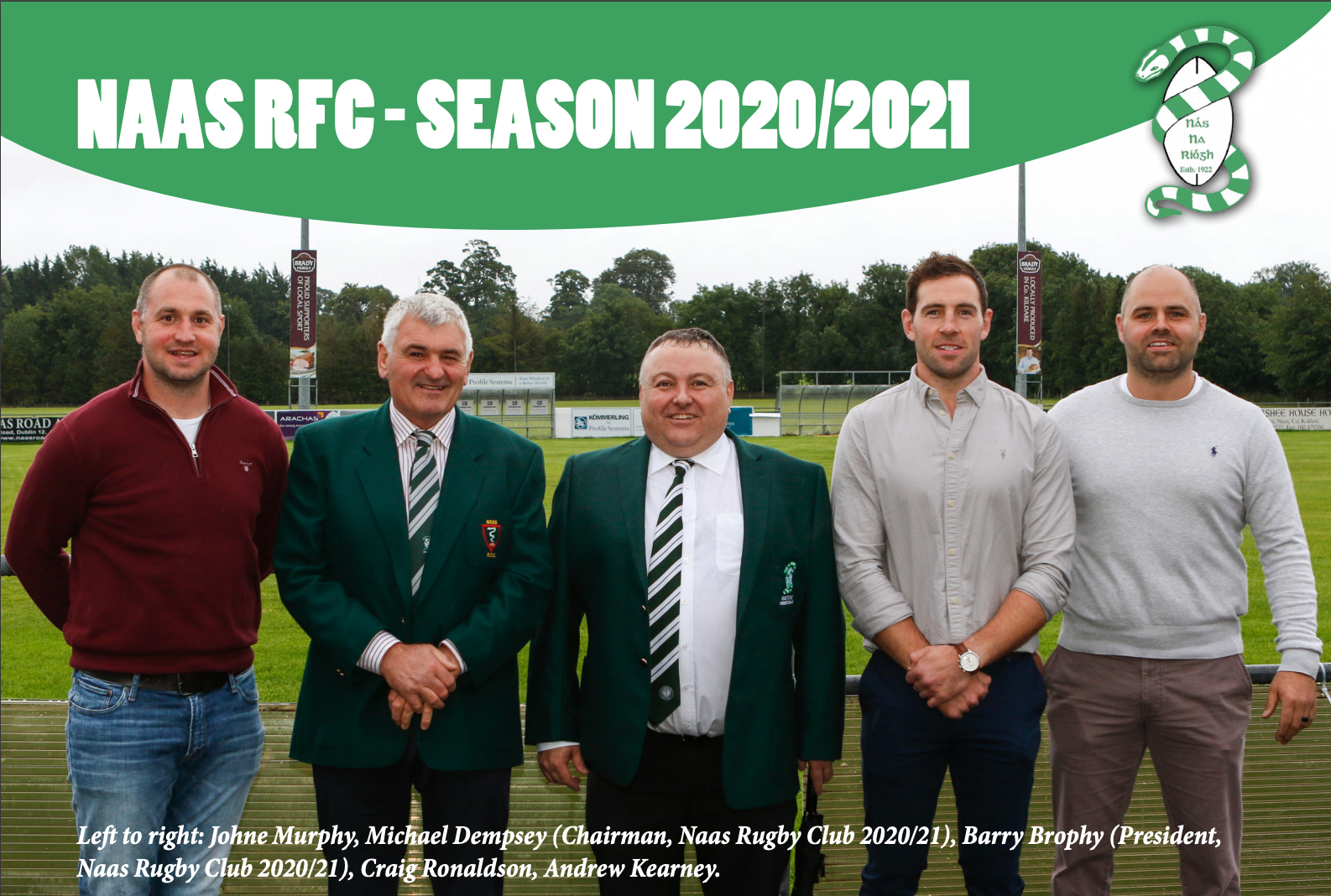 Published: over 2 years ago

Naas Rugby Football Club are delighted to announce their new coaching team for the upcoming 2020/’21 season.

Head Coach: Johne Murphy.
Johne returns to the club this season having coached the Newbridge College Senior side to the final of the Leinster Schools Cup this year, in addition to coaching Newbridge RFC. In his previous time with Naas as assistant to Dan Van Zyl he helped Naas reach the play-offs of Division 1A in both the 2016/2017 and 2018/2019 season.
Johne enjoyed a tremendous career as a player. In 2008 he made his Ireland A debut against the England Saxons and he also won caps with the Emerging Ireland side. At club level he joined Leicester Tigers in 2005 winning three English Premiership titles with them before joining Munster in 2010. He helped them to Magners League victory in 2011 and he was also part of the Naas side that won the AIL Division 2 in 2016.
His signing for Naas Rugby is a major coup for the club as his services were in great demand and is a signal of their intentions for the season ahead.

Backs Coach: Craig Ronaldson.
Craig takes over as backs coach for Naas and brings a wealth of rugby experience to the role. After helping Lansdowne to their first All Ireland League victory in 2013, he joined Connacht later that year. He made no less than 368 points in 89 appearances for the Western side, playing a big role for them in their historic Pro 12 victory in 2016. He returned to Lansdowne last season and went on to surpass Eric Elwood as the second highest point scorer ever for the club.
Craig who will also be playing for Naas this season is a very important addition to the club.

Forwards Coach: Andrew Kearney.
Andrew Kearney has been appointed as forwards coach. He is a life long Naas member having played for the club from the age of nine. At Senior level he played a major role in the clubs rise through the ranks of the All-Ireland League. His outstanding perfomances saw him appointed club captain from 2014-2016 leading the club to victory in Division 2A of the League in the 2015/2016 season.
He started coaching the Naas Second XV in 2017 and the favourable impression he has created in a short time is recognised with his appointment to this role.