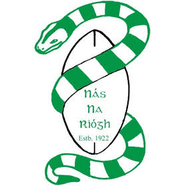 Naas travelled to College Park last Saturday to meet Trinity knowing that a huge challenge awaited them. Their hosts had dismantled Old Belvedere the previous weekend and are considered one of the top teams in the country. Both sides treated those present – which were not too many due to Covid restrictions – to a superb game of rugby, played at an extremely high standard. It was a match that Naas were the better side for long stages, and they were only denied victory by two breakaway tries that came against the run of play.

This fixture was played on a beautiful, crisp Autumnal afternoon, and within 90 seconds Trinity took the lead. Naas were penalised for holding on in a ruck and former Irish Under-20 international Rob Russell made no mistake with his kick to open the scoring. Within seven minutes though the visitors were on level terms. Ryan Casey attempted to steal the ball at a ruck, forcing Trinity to hold on for which they were penalised, and Peter Osborne levelled matters.

Trinity launched the next attack but that was broken up by a shuddering tackle by Paul Monahan, and on 18 minutes Naas scored again. Tim Murphy kicked long out of defence and Rob Russell was unable to deal with it, knocking on and giving Naas a scrum on the Trinity 22. From this Tim Murphy fed Bryan Croke and with a great mazy run he cut the home defence apart and scored under the posts. Peter Osborne added the conversion and Naas led 10-3.

The Dublin side responded and reduced the margin after 26 minutes. Naas were penalised for collapsing a maul on half-way and Trinity kicked to touch. From the line-out they again set up on a driving maul which took play close to the Naas line, and when this was stopped the visitors were again penalised for hands in the subsequent ruck. From this penalty Trinity took a scrum, moved the ball quickly out to the right where Rob Russell was waiting and he just got in at the corner for a try. The same player missed the conversion attempt to leave the score 10-8 in favour of Naas.

Three minutes later Russell made amends by slotting a penalty, but Naas were to have the final say of the half by scoring another try on the stroke of half-time. It was started by a powerful run in midfield by Ryan Casey and he off-loaded superbly to the waiting David Benn. The latter carried on the attack, when he was stopped he found Paul Monahan and despite the attentions of two would be tacklers Monahan had the strength to hold them off and crash over for a try. Peter Osborne added the conversion and Naas led by 17-11 at the break.

For long stages of the second half Naas were the better side and they came close to increasing their advantage after 51 minutes when Marcus Kiely chipped over the Trinity defence, he gathered his own kick and passed to Matt Stapleton who fed Fionn Higgins, but the Naas winger was bundled into touch just before the try-line. It was all Naas at this stage, but out of nothing after 55 minutes Trinity launched a counter attack from deep inside their own 22. They attacked down the blind side, winger Ronan Quinn showed blistering pace to make over 60 yards, and he then passed inside to Rob Russell who finished off the move to score. The latter added the conversion and Trinity were 18-17 in front.

Naas again took over in terms of territory and possession and within six minutes were back in the lead. David Benn soared high to take a line-out, it was spun out the back-line to where Ryan Casey was waiting in midfield, he broke clean through the Trinity defence before passing to Tim Murphy who raced clear to score. The conversion was narrowly missed but Naas led 22-18.

The home side reduced the margin with a penalty by Russell on 63 minutes, and straight from the kick-off they showed real class to take the lead. The restart was gathered deep in their own 22 which they elected to run out of defence, and some brilliant direct running and passing saw them go the length of the pitch before Luis Faria scored. Russell tapped over the conversion which put them 28-22 in front, which was to be the final score.

However Naas were not to go down without fighting and they stormed back into the attack. In the last five minutes they put Trinity to the pin of their collar to hold out, and in this time the home side conceded no less than five penalties. A stricter referee than Paul Haycock may have acted quicker to reach into his pocket to produce a yellow card which he finally did after the fifth, Anthony Ryan being the recipient. However Naas could not find a way through the Trinity defence again, and it was a mightly relieved home side when Haycock blew the full-time whistle.

Although defeat was to be their lot there was many positives to take out of the game for Naas. They played some brilliant rugby and they will get even better as their new recruits gel together. Next up for them is another away trip to Dublin next Saturday, when they face Clontarf with a 2.30pm kick-off.

A belated note to advise on the death of Dermot Kane, fat...

Fixtures and training schedule for the coming weekend.Bes...

Minis & Youths training is back this Saturday 4th Septemb...

Minis &amp; Youths training is back this Saturday 4th Sep...

A note to advise on the death of Edward (Teddy) Brophy. T...