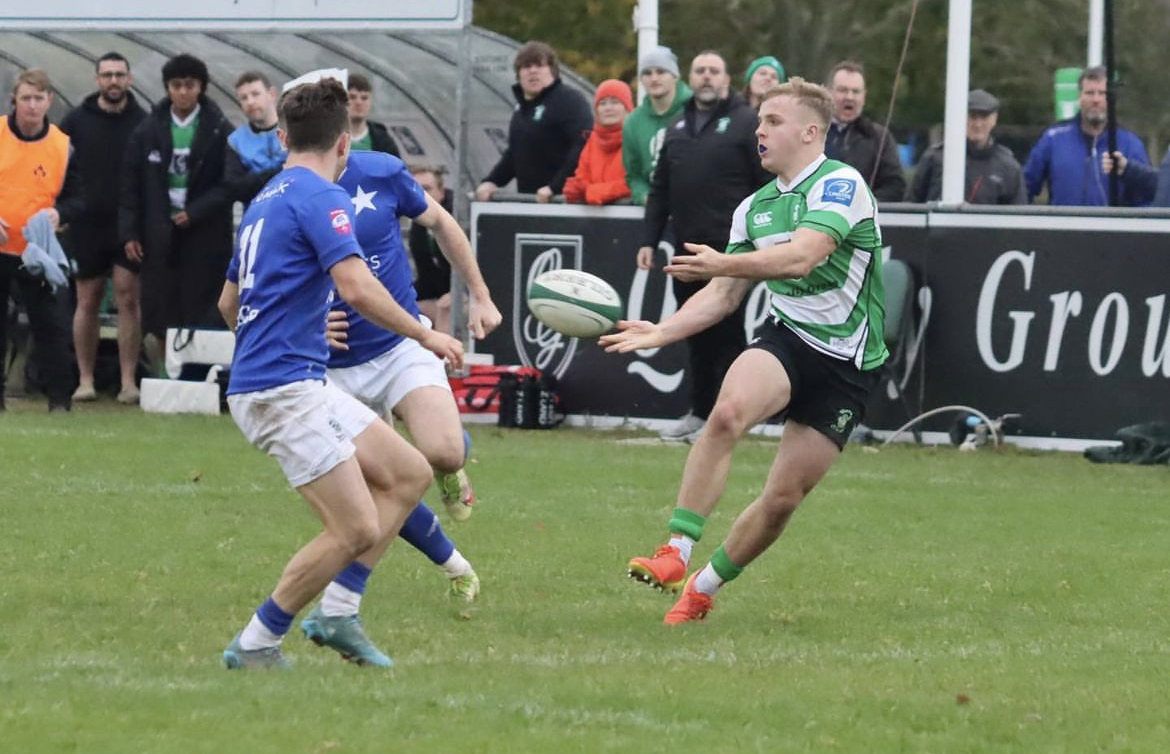 Matches between these sides are generally well worth the admission money, as they both endeavour to play an open, attractive brand of rugby. A large attendance turned up at Naas on Saturday to see their latest meeting hoping for more of the same. They were not disappointed as they were treated to a thriller, with the outcome in doubt up to the very last kick of the game, and they saw no less than 62 points scored.

On a perfect day for rugby the visitors struck first after just four minutes. A mazy run by Conor Hickey created a gap in the Naas defence, he passed to Mark Fogarty who drew in the last defender before putting Hugo Conway away for a fine score. Mick O’Gara added the conversion and Mary’s led by 7-0.

Naas had a great chance to respond immediately. From the restart David Benn did well to block Conor Dean’s clearance kick, and this led to the visitors conceding a penalty for holding on at the subsequent ruck. Naas opted to go to touch with this but lost the line-out. However, within two minutes Naas had reduced the gap when Mary’s were again penalised – this time for hands in a ruck – and from 55 metres out Craig Ronaldson split the posts. 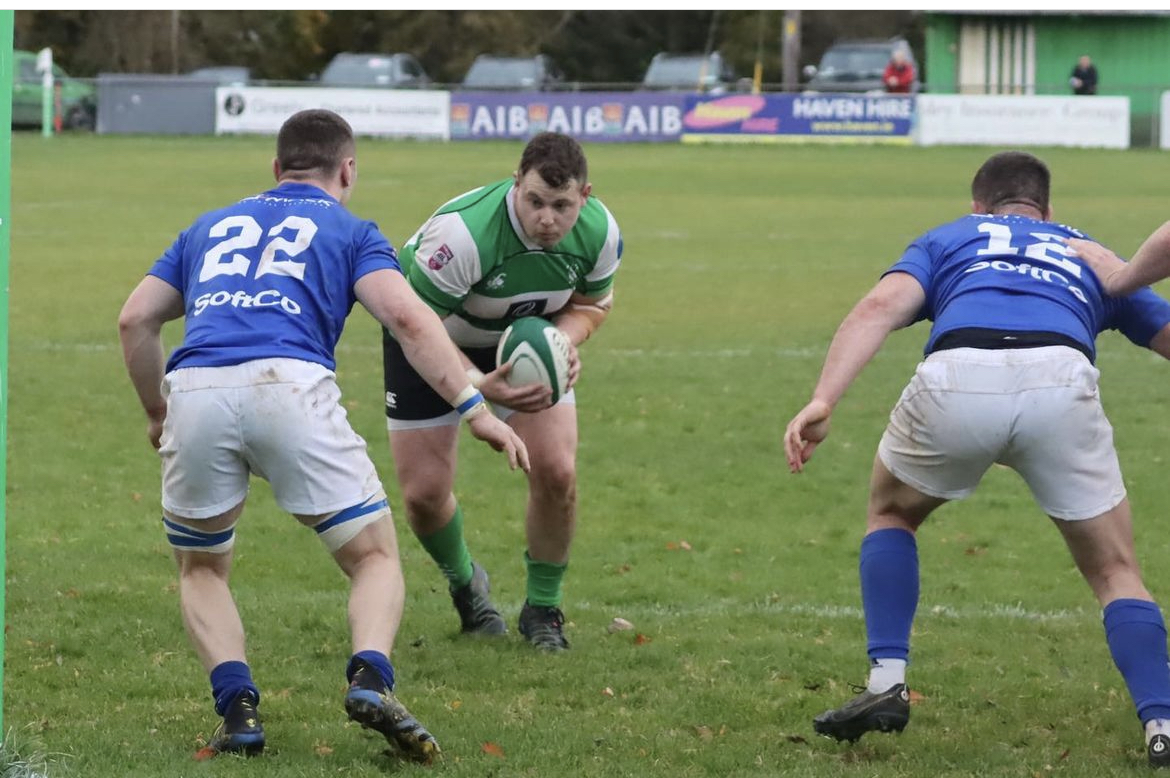 The game was being played at a frenetic pace and Naas deservedly took the lead after 17 minutes. The visitors were penalised for wheeling a scrum and the subsequent penalty was dispatched to touch. From the line-out Naas set up a driving maul which was pulled down just short of the line, and playing with a penalty advantage they quickly shipped the ball out to Craig Ronaldson. His pinpoint crossfield kick was gathered by Andrew Osborne, who sidestepped inside Steve Kilgallen for a superb try. Ronaldson was again on target with the sideline conversion and Naas led 10-7.

The lead was to change hands again after 25 minutes. A up and under by Conor Dean was not dealt with by the Naas defence and was gathered by Hugo Conway. He managed to offload to Conor Hickey and there was to be no stopping the visitors full-back who raced clear to score, although Mick O’Gara was off the mark with his conversion attempt. Naas responded in style just three minutes later when a superb line by Donal Conroy completely split the Mary’s defence, which could not lay a hand on him as he sprinted away for a fine try. Craig Ronaldson added the extras to restore the Naas lead at 17-12. 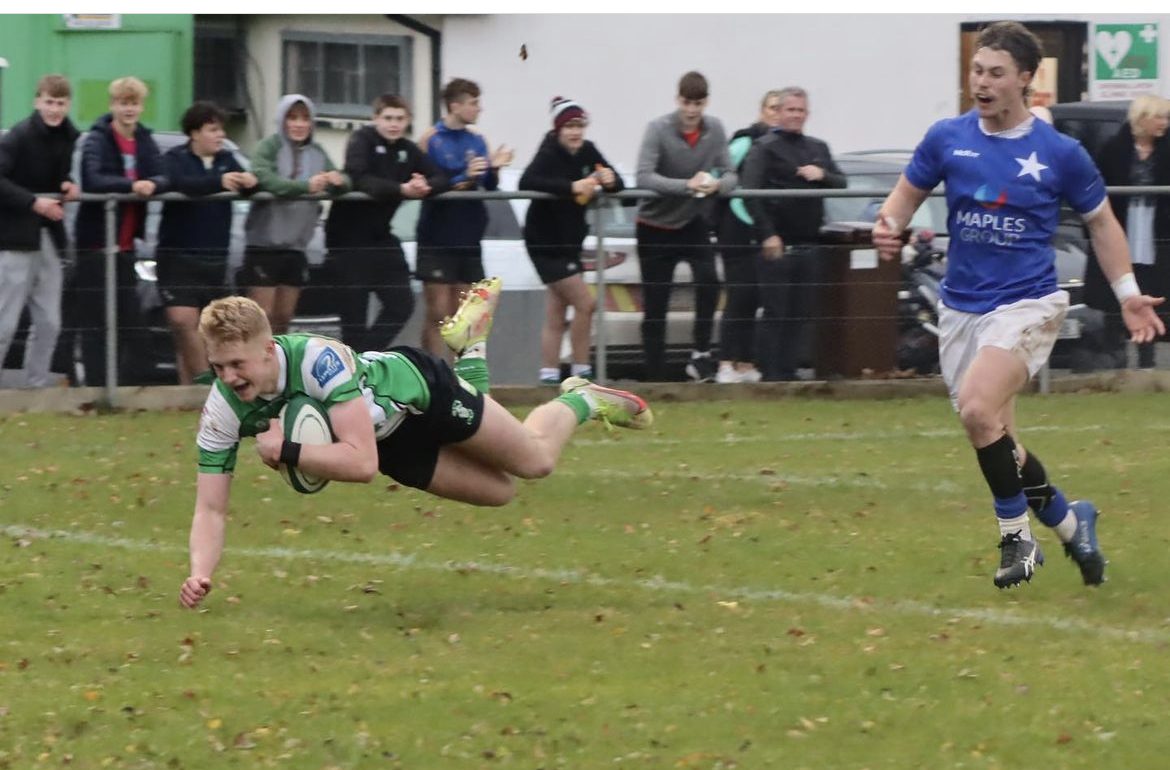 O’Gara and Ronaldson swapped penalties before the interval to leave the score at the break 20-15 in favour of Naas when referee Sam Holt brought a tremendous 40 minutes of rugby to a close. However, the home side did suffer a big blow just three minutes before the break, when they lost influential No.8 Ryan Casey to injury and everybody hopes he makes a quick recovery.

The second-half continued in a similar vein with both sides looking to attack at every possible opportunity. The early exchanges in the period belonged to the visitors. O’Gara slotted a penalty shortly after the resumption, before they took the lead with 50 minutes played. A line break by Mark Fogarty put the Naas defence on the back foot, the visitors remained patient and went through the phases, before scrum-half Adam McEvoy dived over from close range. O’Gara added the conversion, but somewhat surprisingly he missed a relatively easy penalty shot six minutes later, leaving the score 25-20 in favour of Mary’s. 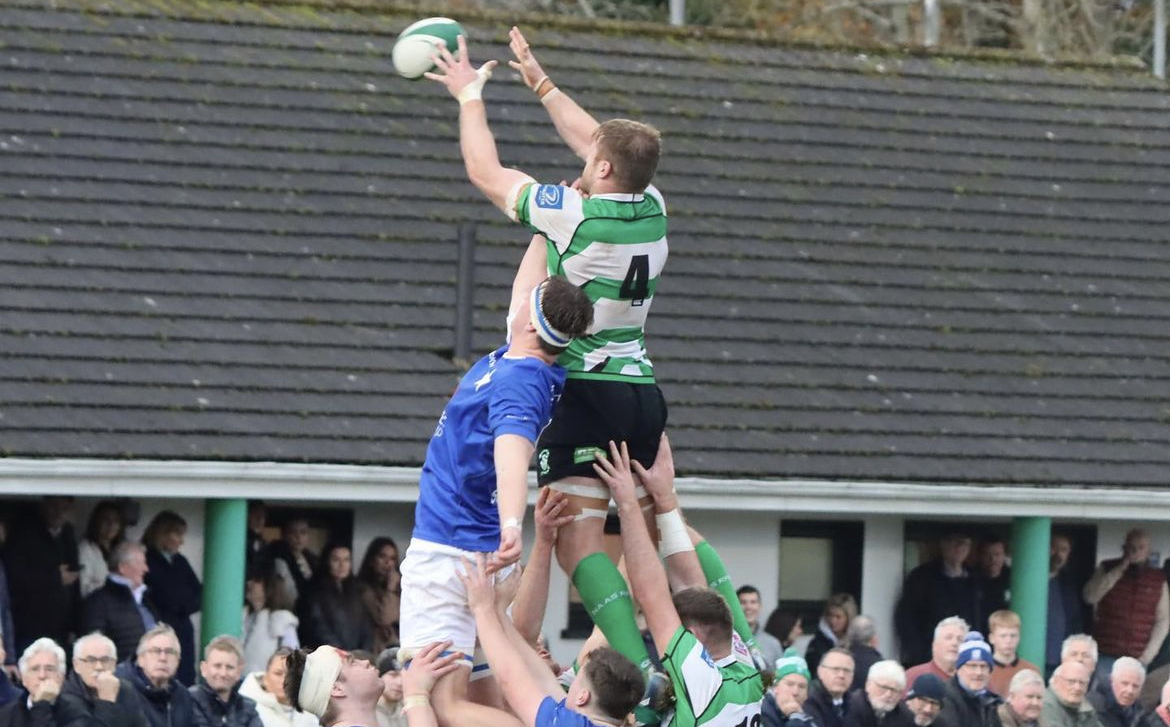 Naas levelled matters as the game reached the three-quarter mark. Donal Conory showed a number of the visiting defenders a clean pair of heels as he took play from his own 22 deep inside the Mary’s half. The forwards then took over with a series of drives sucking in their opponents, before the ball was moved out the back-line where there was a big overlap and Andrew Osborne touched down in the corner. Although the conversion was missed it was all to play for at 25-25 with 20 minutes remaining.

Naas were convinced they had taken lead after 64 minutes when Andrew Osborne pounced on a loose ball and ran 40 metres to score, which would have given the home side a try scoring bonus points and his third of the afternoon. The referee Sam Holt awarded the try but after consulting with his touch judge changed his decision, stating that Osborne had knocked on the ball in his initial attempt to gather it and awarded the visitors a scrum.

The saying ‘if you don’t succeed, try, try again’ was particularly apt over the next few minutes. Twice Mary’s won penalties, opted for touch and set up a driving maul. However, on both occasions Naas defended resolutely and repelled the attack. But Mary’s finally gained reward for their persistence on their third attempt, when Daniel Leane won the line-out, the driving maul split, and Harry MacDonald was able to just make the line to score. A magnificent side-line conversion by Mick O’Gara gave the visitors a 32-25 lead with three minutes plus injury-time to be played.

Naas were not finished yet and tore into their opponents for the remaining time left. They hammered away at the Mary’s defence and were rewarded when Charlie Sheridan scored a great team try, which meant that Craig Ronaldson had a kick to draw the match. However, it was an extremely difficult kick, and from the left touchline he was narrowly wide, the referee blew the full-time whistle almost immediately afterwards and Mary’s had hung on for a narrow 32-30 victory. 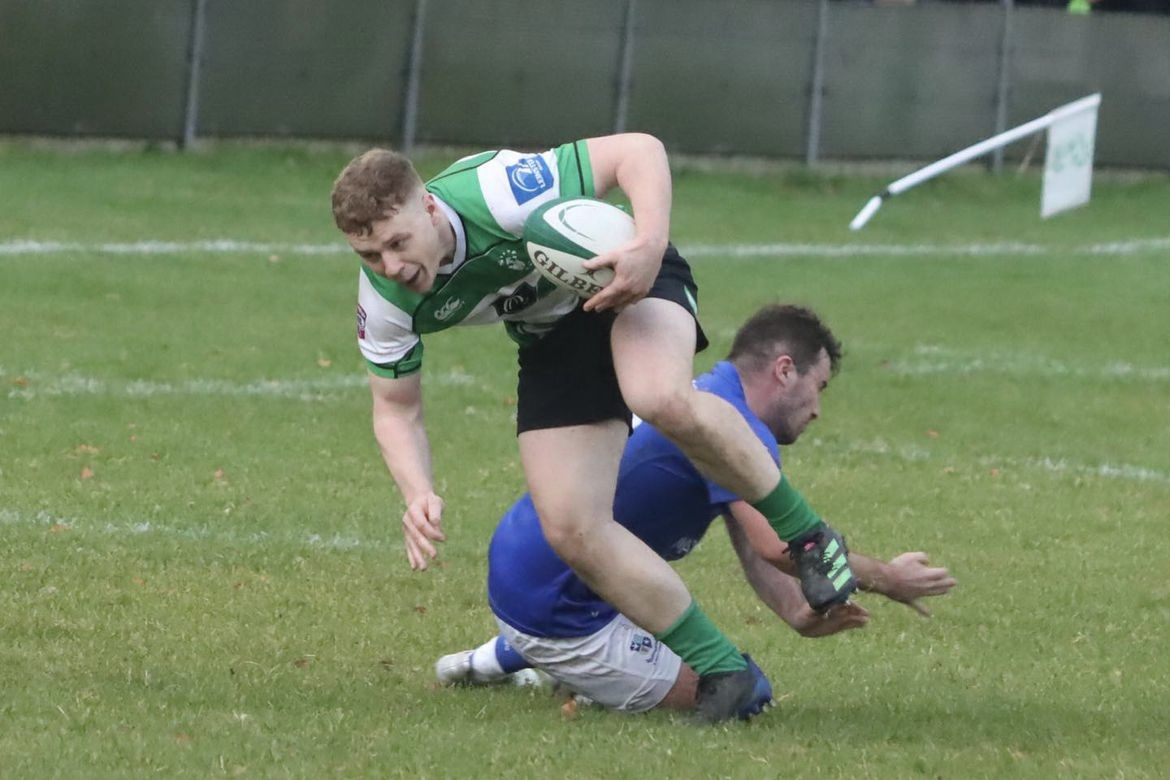 There are a lot of positives to be taken from this performance by Naas. They went toe to toe with probably the best side in the division for 80 minutes, and with a bounce or two of the ball in their favour it would have been them who claimed the spoils. As it was, they still picked up two points – a losing bonus point and a try scoring one. They have a break next week before resuming their league campaign with an away trip to Banbridge on November 26th, with a 2.30pm kick-off and as always all support will be greatly appreciated.

Photos thanks to: Naas Rugby Photos ©