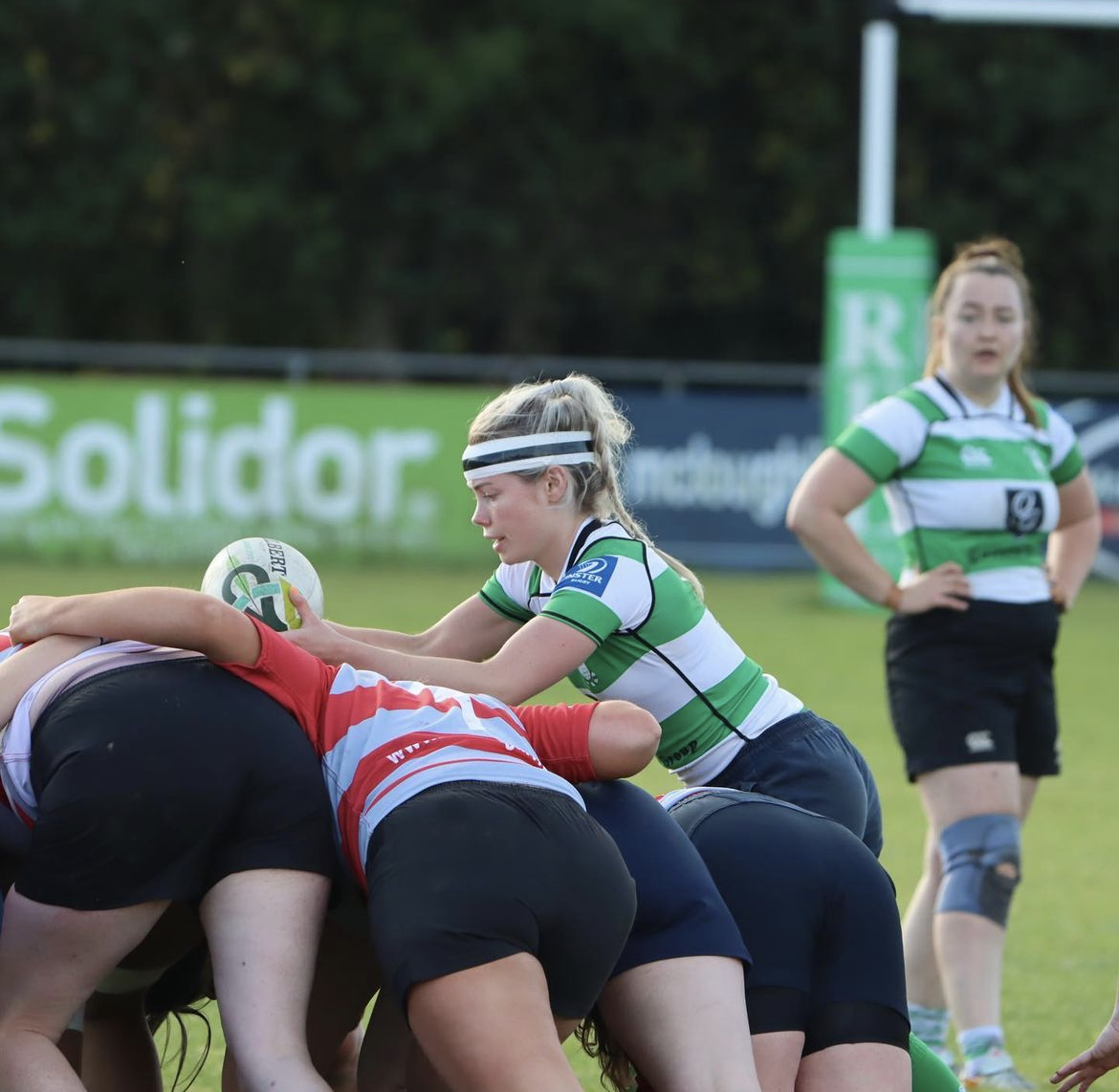 Naas women’s team returned to winning ways on Sunday after a frustrating 3-week layoff, with an emphatic 50 points to 5 win over a capable Balbriggan side. Understandably, Naas looked a little rusty at the start of the game, until hooker Ellen Murray settled everyone’s nerves with a surging run from halfway. She managed to offload to the elusive Zoe Dunbar who side-stepped the Balbriggan fullback for Naas’ opening score on the 12-minute mark.

Mary Hulgraine added the conversion. From the restart, Dunbar fielded a long kick and ran at the heart of the Balbriggan defence. She found Hulgraine in support, who, in turn threw a beautiful pass to the ever-present Murray who showed great pace for a 20-yard dash to the line. After another successful conversion, Naas now led 14 nil.

Balbriggan rallied really well and tested the Naas defence with some sustained pressure for the next five minutes. Murray again stopped the attack with a huge tackle in midfield which led to a penalty for Naas. Not satisfied with her defensive efforts, Murray then took the quick penalty and made 30 yards before getting tackled.

Aoife Furlong then scored arguably the try of the game, with the 18-year-old Naas winger stepping two Balbriggan defenders after an utterly dominant scrum by Naas. Hulgraine missed the conversion with the score now 19 nil to Naas with half an hour on the clock.

Both sides then traded blows, with the Naas defence eventually allowing the powerful Balbriggan centre Megan McCauley to burst through for a try under the posts. Balbriggan missed the conversion and referee Paul Meaney blew for half-time with the score 19 points to 5.

Two minutes after the restart Naas were back under the posts after a weaving run by GAA convert Molly Cullen, whose confidence is growing with every game. The Naas backline then put together a very fluid series of passes culminating in another fine try for Zoe Dunbar on the right wing.

Disappointingly, Naas indiscipline then cost the team a lot of field-position, giving Balbriggan a lifeline in the Naas half. Unfortunately for the North Dublin side, they were unable to convert pressure to points and the Naas pack, led by captain Clare Finn with Molly Fitzpatrick and Aisling Mahon in support, were able to hold the visitors out with a dominant defensive display. Twenty minutes into the second half, Naas managed to force their way to the Balbriggan line to allow the powerful Naas out-half, Sheena Hubbard, to force her way over from close range to give Naas a 34 points to 5 lead. Hulgraine again added the conversion.

Balbriggan, to their credit, never gave up and on the 27-minute mark, they made a 50 yard break up the left, forcing some scramble defence from Ciara McKeown and Zoe Dunbar. Five minutes later, Aoife Furlong again gave the boisterous home crowd something to cheer about with a glorious step and run in from 30 metres out. She finished her second try under the posts making the kick easy for Hulgraine.

With the game well over as a contest now, Naas upped the pace with a quick tap penalty by scrum-half McKeown, which eventually led to another run in for the impressive Hulgraine. This was the last action in a very entertaining, high-quality game in Forenaughts, with the final score 50 points to 5.

The Naas women now lie third in Leinster Division 2, behind Mullingar and Clondalkin, with a game in hand. Next up is CYM on the 4th of December.